not to be confused with Thomas Taylor's 1823 translation of Porphyry's On Abstinence from Animal Food.

More on the latter shortly.
Posted by Adam Weissman at 11:27 AM 1 comment:

http://animalvoices.ca/2010/04/27/animals-and-ethics-mapping-the-debate-with-angus-taylor/
Posted by Adam Weissman at 1:10 AM No comments:

Expect this to be continually expanded.

http://readanimalethics.blogspot.com/p/videos.html
Posted by Adam Weissman at 12:56 PM No comments:

THE SOCIAL CONSTRUCTION OF HUMAN BEINGS AND OTHER ANIMALS IN HUMAN-NONHUMAN RELATIONS. Welfarism and Rights: A Contemporary Sociological Analysis. by Roger Yates 2004

http://roger.rbgi.net/
Posted by Adam Weissman at 8:32 AM No comments:

http://dlibrary.acu.edu.au/research/theology/ejournal/aejt_2/wade.htm
Posted by Adam Weissman at 12:59 AM No comments:

http://www.animalethics.org.uk/i-ch2-1-animalethics.html
Posted by Adam Weissman at 8:15 PM No comments:

http://www.animalethics.org.uk/i-ch4-8-philosopher.html
Posted by Adam Weissman at 8:09 PM No comments:

http://www.ybgud.net/challenge/disc-issues-speciesism.html#6bi
Posted by Adam Weissman at 8:05 PM No comments:

British philosopher Roger Scruton is a visiting scholar at the American Enterprise Institute and is the author of books including The Meaning of Conservatism and A Political Philosophy: Arguments for Conservatism, among many others.

In his book Animal Rights and Wrongs, Scruton applies a fairly complex set of criterion to moral decisionmaking and consequently reaches uncommon conclusions.  He opposes zoos and factory farms and is skeptical of vivisection, yet has a somewhat mixed view of bullfighting, views hunting, particularly hunting with hounds, as favorable when conducted with the proper attitude, and staunchly defends the rearing and slaughter of animals for food outside of factory systems.

Read more »
Posted by Adam Weissman at 7:53 AM No comments:

As stated previously, this blog seeks to showcase a diverse spectrum of views on ethical issues concerning nonhuman animals.  By posting articles on the blog, we are neither endorsing the views expressed in those articles nor are we endorsing the authors of those articles.  Many of the books in our book list, for example, are explicitly anti-animal liberation.   It is in this spirit that after presenting a series of posts on animal ethics from the left, we now post one from a conservative viewpoint.

Matthew Scully, author of Dominion: The Power of Man, the Suffering of Animals, and the Call to Mercy
is a  contributor and former editor at National Review, was special assistant and deputy director of speechwriting  President George W. Bush and has worked as a speechwriter for Sarah Palin.  You can read excerpts of the book here.

His article "Fear Factories: The Case for Compassionate Conservatism—for Animals" was the cover story in the May 23, 2005 issue of American Conservative.

Scully was interviewed by National Review Online on December 3, 2003 and partipated in an online chat on the Washington Post's website on August 25, 2004 (read transscript here).

Marxism and the Moral Status of Animals by Ted Benton

http://www.animalsandsociety.org/assets/library/494_s1116.pdf
Posted by Adam Weissman at 6:29 AM No comments:

Read more »
Posted by Adam Weissman at 8:15 PM No comments: 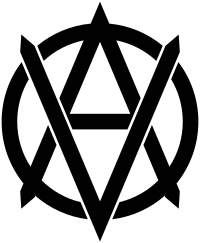 "
Veganarchy symbol; popularised by Brian A. Dominick's Animal Liberation and Social Revolution pamphlet in 1995. The front cover combined the 'V' from vegan with the anarchist 'A' symbol.[1]"
- from Wikipedia
Read more »
Posted by Adam Weissman at 1:35 PM No comments:

Percy Bysse Shelley was at the heart of a family whose writings contributed mightily to the development of anarchism, animal liberation, and women's liberation.
Read more »
Posted by Adam Weissman at 7:24 PM No comments:

Anarchists on Animal Liberation 1: Leo Tolstoy: The Immorality of Carnivorism (aka The First Step)

Leo Tolstoy (1828-1910) is considered a seminal thinker of both Christian anarchism and anarcho-pacifism.  Tolstoy's ethic of Christian nonviolence extended to nonhuman animals.

“After completing his second masterpiece Anna Karenina in 1877, Tolstoy began a spiritual search that led him—by way of Hindu and Buddhist teachings on ahimsa—to a doctrine of Christian nonviolence based on the teachings of Jesus in the Sermon on the Mount (Matthew 5-7). Written in 1892, “The First Step” applies these teachings directly to animals by calling for a vegetarian diet that does not depend on violence and killing. Tolstoy’s claim that a vegetarian diet was “the first step” toward a moral life, which is to say a life of nonviolence, influenced the views of Mohandas Gandhi, with whom Tolstoy corresponded toward the end of his life."

- Norm Phelps, "The Animals’ Top Forty: the forty most important books (including several shorter works) in the history of animal advocacy"

Posted by Adam Weissman at 4:09 PM No comments:

"Animals, Men, and Morals was published in Britain in 1971.  My friends and I hoped it would trigger widespread public debate on these issues.  Instead, it was ignored.  Not a single major newspaper reviewed it.  They probably thought it was just another book on animal welfare, a topic of interest only to spinsters living with cats.  By 1973, my friends' book was heading for the remainder shelves in Britain.  The only spart of hope was than an American edition was about to appear.  To try to prevent it from meeting the fate of the British edition, I wrote to the most widely read intellectual journal of the day, the New York Review of Books, and offered them a review essay of the book.

"Animal Liberation" appeared in the New York Review of Books on April 5, 1973.  In it, I summed up the ethical position for which I was arguing as follows" "If a being suffers, there can be no moral justification for refusing to take that suffering into consideration, and indeed, to count it equally with the like suffering (if rough comparisons can be made) of any other being."  Drawing on the essays in Animals, Men, and Morals, I then showed just how far from this position our practices of animal experimentation and factory farming are."

-- from Ethics into Action by Peter Singer:

"Steve Sapontzis is an academic who has made significant philosophical contributions in placing animals in an ethical framework. Sapontzis is the author of Morals, Reason, and Animals (1987) and editor of Food for Thought: the Debate Over Eating Meat (2004). Since 1984, he has been a co-editor of Between the Species: A Journal of Ethics. He was a member of the board of editorial advisors of the American Philosophical Quarterly, 1991-1994, and a member of the animal welfare research committee at Lawrence Berkeley (California) Laboratory, 1986-1990. He was also a grantee of the National Endowment for the Humanities in 1976 and of the American Council of Learned Societies in 1988. His memberships include the American Philosophical Association, the Society for the Study of Ethics and Animals (board of directors, 1984- ), the American Society for Value Inquiry, and the International Society for Environmental Ethics."

Full interview at  http://www.abolitionist-online.com/08_steve_sapontzis.shtml
Posted by Adam Weissman at 9:47 AM No comments:

"This  paper is a response to a certain sort of argument defending the rights of animals. Part I is a brief explanation of the background and of the sort of argument  I  want  to  reject;  Part  II  is  an  attempt  to  characterize those arguments:  they  contain  fundamental  confusions  about  moral  relationsbetween people  and people and between people  and animals. And Part III is  an  indication  of  what  I  think  can  still  be  said  on-as it  were-the animals' side. "

http://www.bbc.co.uk/ethics/animals/
Posted by Adam Weissman at 11:50 PM No comments:

A Contractarian View of Animal Rights: Insuring Against the Possibility of Being a Non-Human Animal By Julie Hilden

http://www.juliehilden.com/animal_rights.html
Posted by Adam Weissman at 11:46 PM No comments: